Manchester United and Chelsea have unveiled their kits for the Champions League final: 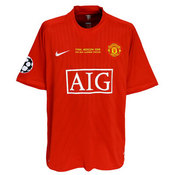 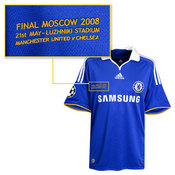 I have to ask the question: do fans actually pay for a one-off, special edition commemorative shirt?  If I was a Chelsea or Man Utd fan, I’m not sure I would spend near on £40 for a shirt that is either the same as this season, or next season’s design released early just because it has some tiny writing about the final and a Champions League logo, but maybe that’s my Northern roots speaking!

Interestingly the Chelsea kit is actually not based on this season’s kit but next season.  To me that seems even more bizarre, to basically wear a kit that hasn’t even been released yet.